When Liz Hess found out her work would be celebrated this weekend in honor of National Arts &
Humanities month, she said her reaction could best be described as ‘dumbfounded’. ‘I thought they
were going to feature a group of us,’ the local artist said. ‘So when they told me I was the feature artist
for the entire celebration, I couldn’t help but feel honored.’

The celebration will be hosted by the Bon-Ton at Park City Center to coincide with the store’s grand
reopening. The co-host is none other than CHANEL Beaute. Hess’ glamorous ‘Red Umbrella’ series
will be on display today throughout the store.

Most of the action will take place around the Bon-Ton’s make-up department, where regional Chanel
make-up artists will give complimentary consultations from noon to 5 PM. Musical guests, the
Trelumina Trio will perform during the gala-style event.

Anyone who has seen Hess’ ‘Red Umbrella’ paintings can see an easy connection to Chanel, with
their sleek attitude and advanced sense of couture. One of the paintings features a well-dressed
woman walking a dog in the rain, her trusty red umbrella protecting her posh clothes.

Hess is owner of Liz Hess Gallery (formerly Gallery 2) at 140 N. Prince St. in Lancaster. She is also
a world traveler having begun her adventures in utero. As the daughter of missionaries, Hess was born
in Honduras in 1965 and later grew up in Lancaster. From the age of 23-31, Hess served on a mission
team that was stationed 10 miles above the arctic circle in Sweden’s Lapland. There she learned to
speak, read and write Swedish fluently. ‘I still love to travel,’ she said; ‘it fuels my art.’

(After the fact…The event proved to be a great success for Liz and the Bon-Ton. The Chanel counter
at the store reported that sales at their counter that day were up 200%. The Bon-Ton had also
hired professional models who were stationed around the event area, posing with red umbrellas
together with Liz’s art. Liz was also honored by Senator Mike Brubaker who attended the celebration
and presented a document and plaque to her from Governor Ed Rendell honoring Pennsylvania artists.) 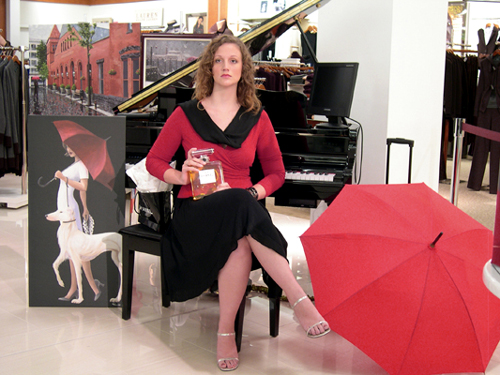 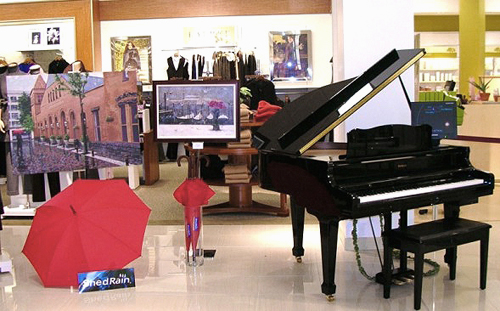 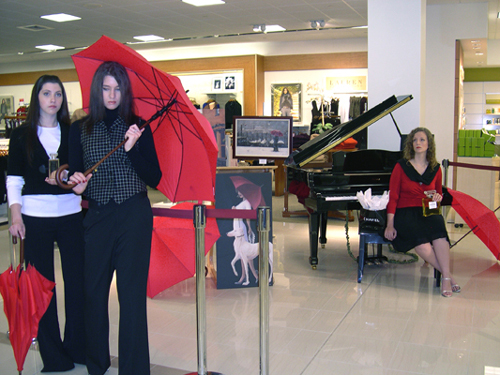 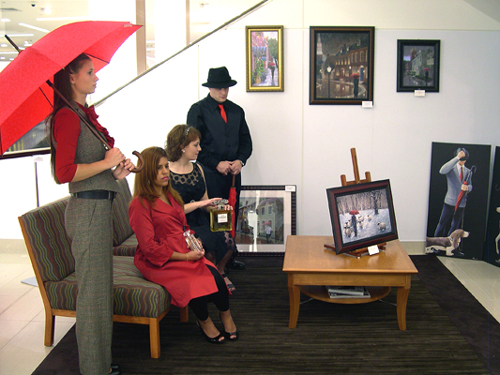 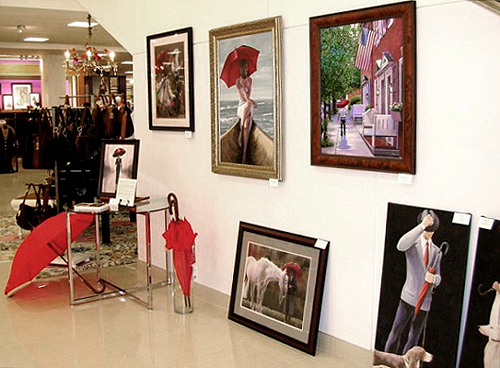 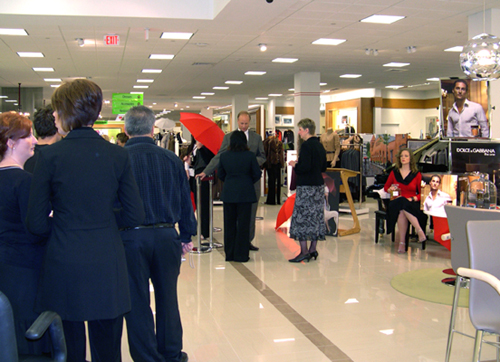 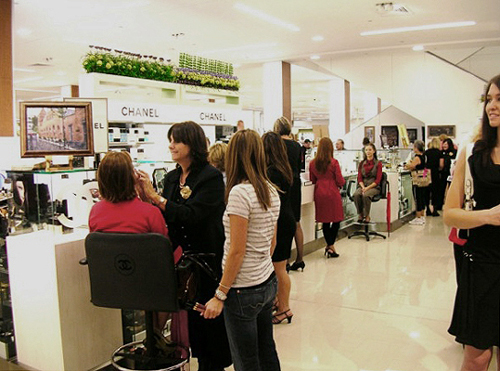 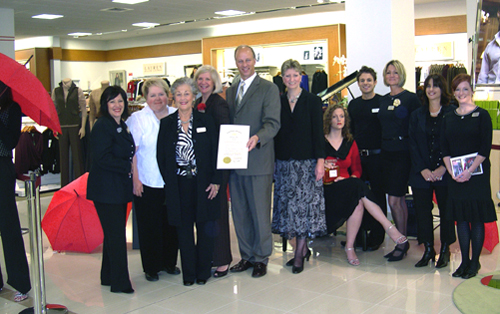